Our office in Lithuania opened in 1994. 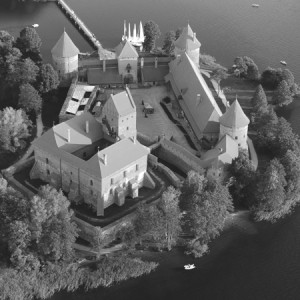 Three years after the disintegration of the Soviet Union, knowledge and experience had to be built up quickly and we are proud to have been one of the first independent air freight forwarders in the post Soviet territory. This quickly led to us becoming one of the leading airfreight forwarders with a major share of the market. Acting as general sales agent to some of the major European airlines also increased our knowledge base and industry exposure.

Our office in Vilnius remains the focus for service and product development for the group and was the first office to offer time and temperature sensitive transport, fast becoming the leading agent for the air transportation of biological specimen and pharmaceutical research materials in Lithuania. These services are now offered throughout Russia and Belarus too.

The majority of airfreight will transit through the airport of Vilnius, utilising a belly capacity of passenger flights. Larger shipments are trucked into or from the European air hubs of Frankfurt, Amsterdam and Luxemburg. Some smaller air shipments to Western Lithuania are delivered via Palanga airport.

Seafreight is delivered to Lithuania via the Baltic port of Klaipeda, which is also a major gateway for cargo into Belarus, Russia, Kaziakstan and Middle Asia countries. Some seafreight will also transit via Riga port in Latvia.

A2 Cargo is a licensed customs broker in Lithuania.